From Nomadwiki.org
(Redirected from Wifi)
Jump to: navigation, search 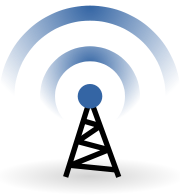 An internet connection has become a necessity for modern nomads. Common places for free internet include cafés, restaurants, libraries and public transport hubs such as airports or trainstations.

Getting around time restricted wifis

Sometimes free wifi at airports is restricted to something like 15 minutes. You can often go around this limit by changing your computer's MAC code. Here's how:

Many internet providers turn their clients' routers into hot spots that can be used by their customers. For example, Belgacom in Belgium has turned many routers into FON hotspots. Chances are that well connected locals know some of these access codes. Also, you can find FON routers across the globe.

You can get the WiFi password for many establishments by checking the comments section of FourSquare. If you have an android phone you can use the app Venue Spot to get the WIFI password posted on FourSquare (without creating a account on it) near by.

It may be interesting to know how to recognize warchalking marks of WIFI.

A wifi antenna can come in handy for hacking

As of July 2013 there's a 50 cent per MB cap for cross border mobile internet within the EU.