From Nomadwiki.org
Revision as of 01:56, 22 July 2015 by Guaka (talk | contribs) (:Ideally I'd like to also be able to add deeplinks to ''all'' non profit open source hospex, so also to BeWelcome and WarmShowers. A bit like hitch:France. Unfortunately BW doesn't have an easy way to do this, you need to create the links manually. W)
(diff) ← Older revision | Latest revision (diff) | Newer revision → (diff)
Jump to: navigation, search 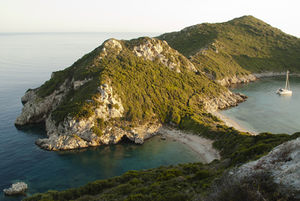 Nomadwiki is a wiki for nomads, started by some of the same community who brought you Trustroots, Hitchwiki, Trashwiki, Couchwiki, Sharewiki and more.

On all place sections, there is cross-promotion of Trustroots. For example, Amsterdam http://nomadwiki.org/en/Amsterdam, Under accommodation sub- heading - there is an automatic link that cant be edited that says:

IMO, this is a great pity. I always saw NW and its information as independent of what hospex a nomad chooses to use and what the owners other interests are. I don't feel readers should be targeted with promotion of one specific product and a ""advertised"" search string. They may already be on a hospex, or have a travel style, that doesnt involve it. They may not be hitchhikers. Being asked to use (or suggested) only TR, on each and every place page, is IMO, merely click·bait, since the links "exploit the "curiosity gap", providing just enough information to make the reader curious, but not enough to satisfy their curiosity without clicking through to the linked content."

I have no problem with TR, but even as a non-profit, it is no more special than other non-profit hospex sites (BW, WS). I didn't work many hours adding content to Nomadwiki to drive trafiic to one particular site. I have always sought to be neutral, and not leave my other interests impact my contributions. Whether the owners of this site are involved in TR "should be" immaterial to me. I am a strong believer in Chinese Walls. If the owners of the site feel very strongly about proactively pushing traffic for non-profits, they they should provide links to all three Non-profit hospex sites, or delete these hard links and leave nomads make up their own mind. Michael

I share the same concerns as Michael. I think it is inappropriate to have this pervasive link to trustroots - at least in my perception of Nomadwiki being a non-aligned well of info for nomads. I have no problem with Trustroots - I have a profile there - but my contributions here were made on the basis of it being a non-commercial/non-partisan information site. Kev

Ideally I'd like to also be able to add deeplinks to all non profit open source hospex, so also to BeWelcome and WarmShowers. A bit like hitch:France. Unfortunately BW doesn't have an easy way to do this, you need to create the links manually. With WS I don't even know if there is such a possibility. Created https://github.com/warmshowers/Warmshowers.org/issues/620 and https://github.com/BeWelcome/rox/issues/6 for this. Guaka (talk) 01:56, 22 July 2015 (CEST)

Info from other wiki ?

If they are some info in other wiki (Hitchwiki) that fit better to nomadwiki, should we add them here ? For example info about place to sleep, internet access, nice spot, free access to monument, ...

Yes, in my opinion this sort of stuff should be moved to here (before somebody comes and deletes it there, happened!) and just leave interwiki link behind at Trash/Hitchwiki like this: [[nomad:Article name]] -Mikael (talk) 22:22, 5 November 2013 (CET)

hi kasper i was just about to start writing an article about the wild hot springs in tuscany and thought it would be awesome if it had the same structure as the "winter retreats" article, so as to collect wild hot springs from different regions/countries mikeal said you could maybe create a form for that (travel destinations) C

it´s mostly about automatically listing it as a type of travel destination, and it would be structured as the winter retreats article, starting with a short general introduction (what is a wild hot spring, a one sentence thing i guess, just to define what belongs into the article) and then various entries sorted by country and then placename (village)
i don´t know if that really complicated, but i think a cool option would be, to have some kind of automatic connection between country pages and destination pages. to use the winter retreats article as an example: if you start listing thing for spain there, in the spain article a link to winter retreats would appear, same if a hot spring in italy would appear, on the bottom there could be an automatic thing with travel destinations and there´s the link to the hot springs article C

an attempt at a clearer, more structured formulation: on the front page there´s a section "travel destination", which I think could work as a nice complemantary to city pages. It would work kind of in the opposite direction as a city page. You´d look up the city page if you´re already know where you are going and want to know what to do. You´d look up a travel destination page when you know what to do and want to know where to go. Since country pages work in a similar way (you know where you wanna go but look for more inspiration), i think it would be nice to link travel destination that have entries in a certain country on that countries page, so to just add one more content headline "travel destinations" on the country template where the links to the general articles could be listed. Clem (talk) 00:48, 9 October 2013 (CEST)

Cool, I understand it better now. Most fields are overlapping though, so maybe it's better to rename city to destination and reuse the same structure for now? Not sure though, maybe "Travel destination" is actually good. Now we have some stuff in Free Hot Springs. We could work out some more examples to see what makes most sense before changing anything at this point?
It could also make sense to simply have info about San Filippo, and then put that in a Category:Free hot springs? This could then also be included on the country page. It'd be good to get an idea of what kind of destinations there are. Guaka (talk) 18:23, 9 October 2013 (CEST)

other kind of destinations could include (i´m brainstorming a little here): wildcamping beaches (for example kara dere, kupari), abandoned buildings (for example halte royal d'ardennes in belgium, or again kupari, or the abandoned city of vogelsang but excluding abandoned buildings that could be listed as part of a city that has more of interest than that one spot, for example berlin.) or former rainbow gathering sites (always good to know for a hitchgathering). Clem (talk) 22:04, 10 October 2013 (CEST)